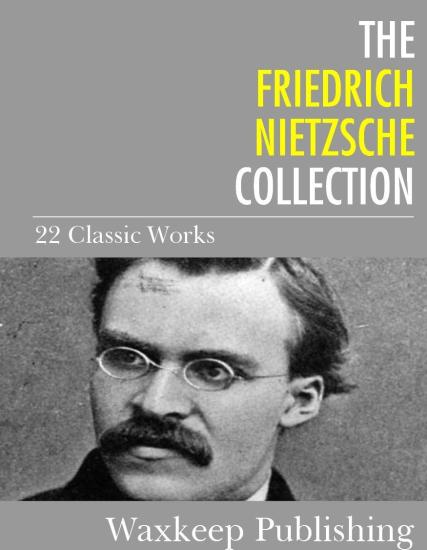 Sigit Purwadi's Library - Friedrich Wilhelm Nietzsche (1844 – 1900) was a German philologist, philosopher, cultural critic, poet and composer. He wrote several critical texts on religion, morality, contemporary culture, philosophy and science, displaying a fondness for metaphor, irony and aphorism. Nietzsche's key ideas include the Apollonian/Dionysian dichotomy, perspectivism, the Will to Power, the "death of God", the Übermensch and eternal recurrence. One of the key tenets of his philosophy is the concept of "life-affirmation," which embraces the realities of the world in which we live over the idea of a world beyond. It further champions the creative powers of the individual to strive beyond social, cultural, and moral contexts. His radical questioning of the value and objectivity of truth has been the focus of extensive commentary, and his influence remains substantial, particularly in the continental philosophical schools of existentialism, postmodernism, and post-structuralism. His ideas of individual overcoming and transcendence beyond structure and context have had a profound impact on late-twentieth and early-twenty-first century thinkers, who have used these concepts as points of departure in the development of their philosophies. Most recently, Nietzsche's reflections have been received in various philosophical approaches which which move beyond humanism, e.g. metahumanism, posthumanism, transhumanism. In this book: Beyond Good and Evil Translator: Helen Zimmern Thus Spake Zarathustra, A Book for All and None Translator: Thomas Common The Antichrist Translator: H. L. Mencken Thoughts out of Season Translator: Oscar Levy On the Future of our Educational Institutions Translator: Oscar Levy The Dawn of Day Translator: John McFarland Kennedy The Birth of Tragedy or Hellenism and Pessimism Translator: William August Haussmann The Genealogy of Morals Translator: Horace B. Samuel**